Internet of People is the past but Internet of Things is the new advanced version which helps devices to communicate with each other like when you are about to reach home and want your room to be cool the GPS system tracks your location and switches your AC on automatically. This is true example of devices communicating with each other. 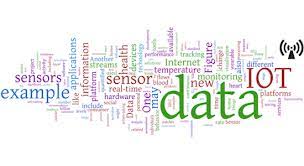 We could think of Industry 4.0 as a ERP software which brings together many technologies like Artificial Intelligence, robotics, sensors, IOT, cloud computing etc. Before the use of ERP there used to be different software’s for sales, finance, stores, payroll, HR, sales but these software didn’t interact with each other, the role of ERP was to bring these software’s at the same place and talk with each other using a common database. ERP software also increases efficiency and reduces manpower.

We can say that Industry 4.0 is not a new technology but just binding of already existing technologies and allows them to communicate. Industry 4.0 applications can sense the physical environment, and take intelligent decisions and take action according to that decision. and this application is called Cyber-physical systems (CPS). Examples of CPS  are as follows: Auto-pilot mode in aircraft, driver less car etc.